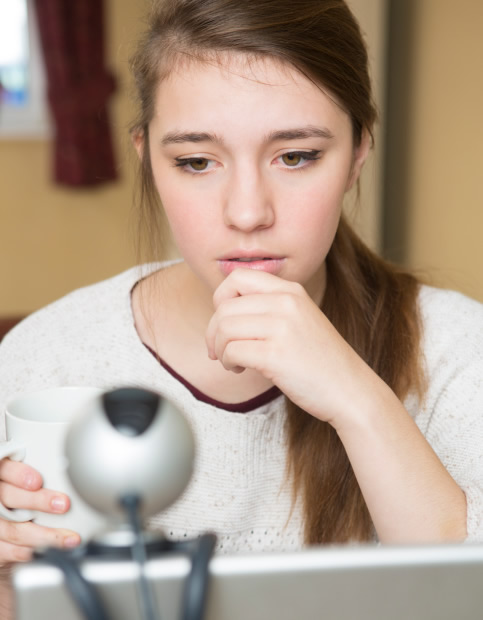 The Internet adds a new dimension to threats and stalking

In the old days, stalkers were just creeps behind bushes. Now it can be anybody, anywhere. Now people are threatened, companies get bogus ratings, politicians are threatened, ex’s misbehave.

You are concerned about a weird text that you just received? What should be done? There are lots of choices, some can actually make the situation worse. Which of these seems like a bad idea?

If time allows we recommend gathering evidence using computer and cell phone forensics. It will make the next step a lot easier. The big advantage of an approach like this is that the analysis may reveal other victims, stalker intentions and what really was happening.

After 3 students received explicit death threats, social media was ablaze. Parents were told “we followed all procedures” when there really weren’t any effective procedures in place. After a couple of months of accusations, the district began the process to address long term issues – but more importantly learned about threat assessment. Yet even more important, the slow-to-act superintendent was replaced.

It will be years in growth but establishing a threat assessment capability is basic to recognizing, analyzing and managing difficult situations.

Some towns do an exceptionally good job of threat assessment; Salem Oregon and Lincoln Nebraska are two.

To learn more go to a local chapter meeting of the Association of Threat Assessment Professionals. ATAP is a worldwide organization that is a leader in threat management.

He knows everything I do!

Over the last 20 years of debugging we have received many calls “everything”.

Most of these debugging calls have been fueled by anxiety, delusions or an enemy just claiming to know everything.

This case was different. The Seattle professional called me with concerns about her alarm system being bypassed and video cameras installed in her home. Her logic was sound so we went to take a look.

It turned out to be true. Video cameras had been concealed in the bedroom. This debugging case was particularly interesting because of what we found when we analyzed the video memory of the cameras. The intruder was seen installing the cameras and adjusting them in their concealments. It showed his face clearly! Mystery solved.