Posted at 17:04h in Blog by Gordon Mitchell

A gift revealed — how a technical investigation can provide gifts of great value for no additional cost.

Our work typically involves solving technical mysteries. Frequently our clients are surprised by the results. Often they feel that the results are a gift. Here are examples of gifts from a technical investigation:

A lady from Philadelphia called asking if I could locate her brother. Normally we don’t do missing person investigations but this one was compelling. He was out of contact, had a severe mental illness and was in an unknown location. Miraculously, I located him living above a fish market. The lady called me back saying that her mother was crying from delight because at last she had connected with her missing son by cellphone. 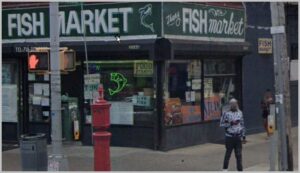 We consulted with the engineering team that commercialized the first optical mouse. They requested a one day tutorial on optical lens design. At the end of the day the project manager told me that I had just saved the company $250K. They had the tools needed to proceed on their own with design optimization and appreciated the training. Later Kyle was able to design a manufacturing quality measurement system. Phil and Stan built a 15 degree of freedom robot to test mouse tolerances. Our $250K gift from a technical investigation was more than the bill for the joint effort. 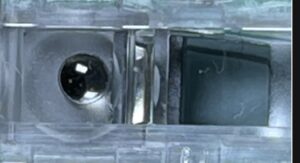 A local client for our eavesdropping inspections planned to install a WiFi network shortly after the first WiFi products were released. I was asked to attend a technical investigation planning meeting. I was there because in our sweeps we learned details of the executive suite ceilings where first installations were scheduled. The plan was to put a 110 volt outlet in place for each of the 2000 access points that would be installed in office ceilings. The cost for installation of each outlet was expected to be $300. I suggested an alternative using 24 volt transformers that was almost free. This was long before the availability of power-over-Ethernet. When offered an invoice choice of paying for 6 hours of consulting or splitting the $600K savings the customer took the low cost alternative. 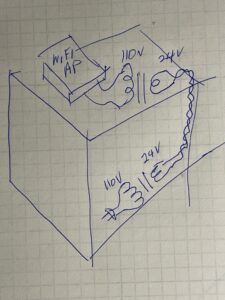 A bundle of cash disappeared around Christmas. Christian, Mike and I were part of the investigation. It revealed that the IT manager was using this cash to feed an expensive hobby. During the theft investigation I discovered that the company had an unused block of 64K Internet protocol addresses. They probably only needed a dozen IP addresses. My suggestion was that they sell the IP address block (then worth about a million dollars). No extra charge for this gift from an investigation.

A most valuable gift:

In this season of the year, some folks are wondering about the meaning of Christmas. No technical investigation is needed. The answers and the gift are clearly revealed in the pages of the Bible. It was announced 7 centuries BC by the prophet Isaiah who described the miracle of Jesus Christ’s birth. The details of this gift are in the third chapter of the New Testament book of Romans. Our part… just accept the gift by making a commitment to follow the creator of the universe who came to earth in person twenty centuries ago.